"Greenwood Elementary School is committed to providing children an engaging and comprehensive education to support their success academically, behaviorally and socially. Greenwood students will experience education in a safe, welcoming, student-centered learning environment."

"We pride ourselves on meeting ALL students where they are and helping them grow as students and people. I promise you that our commitment to your child will never waver. Lets work together to ensure that KMS remains the best school for your child."

"KHS is a school that is rich in tradition. At the same time, we are committed to modernizing our learning opportunities today to prepare ALL of our students for tomorrow."

For the purpose of this paper, eligibility is defined as being qualified to participate. Eligibility standards apply to Kennett High School students in grades nine through twelve who participate on athletic teams including cheer-leading squads and club sports.

The Kennett Consolidated School District places emphasis on its sports program. Even with this emphasis, it is understood that a student’s primary responsibility is to the academic program. It is with this understanding that certain academic eligibility standards have been set higher than the minimum P.I.A.A. (Pennsylvania Interscholastic Athletic Association) standards.

In addition to the academic standards previously mentioned, Kennett High School adheres to the minimum P.I.A.A. standards listed below:

A student must be less than 19 years of age prior to July 1 to be eligible. If a student attained the age of 19 on or after July 1, the student shall be eligible for the entire school year.

Based upon the recommendations of the Athletic Director and the Principal of Kennett High School, the Kennett Consolidated School District has approved the foregoing Athletic Eligibility Standards & General Information. The standards set by the District are in accordance with the regulations of the Pennsylvania Interscholastic Athletic Association (P.I.A.A.). In many instances, the District’s requirements are more stringent than the P.I.A.A. regulations, owing to the District’s long tradition of strong academic and athletic standards.

As a student and parent or guardian in the Kennett Consolidated School District, we hereby acknowledge that we have read the District’s Athletic Eligibility Standards & General Information and understand that a student’s participation on District athletic teams is conditioned upon adherence to such standards. We agree to comply with the District’s requirements and also understand that each coach or team, with the approval of the Administration, may establish additional written standards. 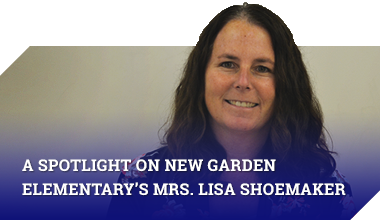